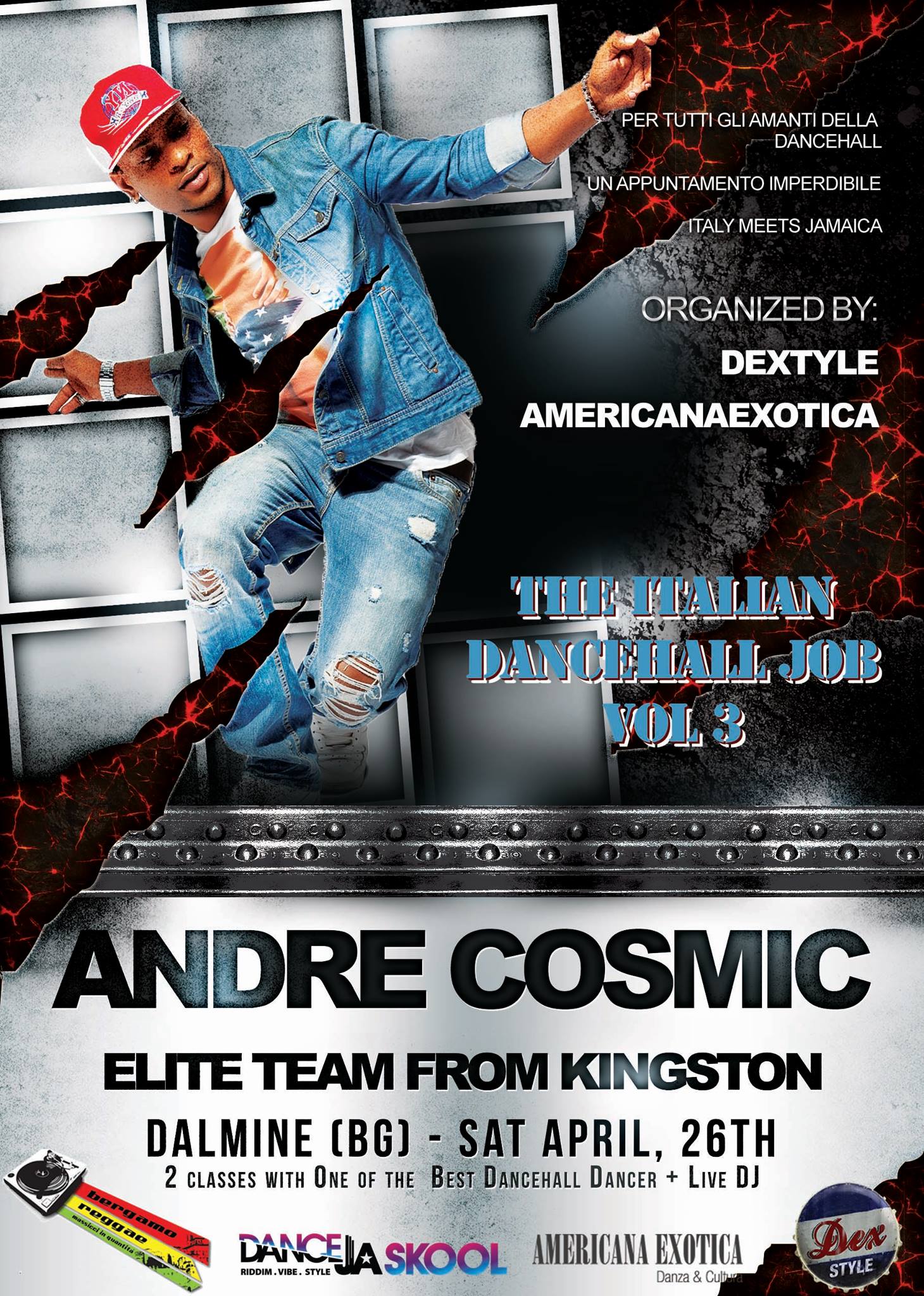 Born in Kingston (Jamaica), he moved to St. Thomas at 6, where he grew up discovering his skills in dancing, DJing and athletics (he also won a Champion boy at his school). Although he was good in athletics, his passion was truly dancing. At Jamaica Day in 2002 he entered a school dance competition and decided to take up dancing professionally. Crazy Squad then became one of the best dance groups in St. Thomas. Andre had bigger dreams and decided to leave the group to join Cosmic Dancers, which had 5 members at the time and were the more popular and established dance group in Jamaica and not in just one parish.

His dance career fell right into place as Andre moved to Kingston in 2008 and has been doing big things in the entertainment industry ever since. He is one of the founding members of the Popular Jamaican Dance Group ‘Elite Team’. Andre is also an Official Member and Dance Instructor at DanceJa Talent and Entertainment Organization and works with College Lifestyle for special events.
As a solo dancer he was nominated:

His group Elite Team won the Award “New Group of The Year 2011” at Stone Love Awards.
In 2012 Andre traveled to Russia on a Cultural Exchange Program to do lectures and workshops about Dancehall at True Jamaican Camp with over 70 participants. Andre is more than just a dancer, choreographer and dance instructor, He recorded his first official song in 2011 for Elite Team’s dance move clled “Team Up” and another in 2012 called “Move and Gweh”. Andre plans to take his career as a recording artiste seriously, while fulfilling is passion to dance and entertain everyone locally and internationally.

Andre Cosmic for the “Italian Dancehall Job vol 3”, a project built by Decio Bernardo (Dextyle) and Beatrice Secchi (Americanaexotica) with the purpose to study, teach and spread the Jamaican culture with the focused on its Dancehall style. The Italian Dancehall Job is an event where information are always 360° related to the Dancehall scene in Jamaica and where the classes and workshops are more than a step or a choreo. We built strong friendship during the first two editions and this give us simply more energy to continue in this project and in future collaborations. All positive vybes are part of this event and I’m pretty sure that the “family” of Dancehall followers can grows up easily. Already thanks to all people that will participate (from all around in Italy) and I can just count the days remaining to next Saturday, 26th of April.

On Facebook all the info, please take note that today is the last day to catch the promo price for the workshop. Nuh miss it!